Customize your own Tangier desert tours :

Below are some of our Tangier desert tours itineraries.

Known as the gateway to the European continent, Tangier city is a northern Moroccan city. Morocco Tour Organizer organizes different tours in the city and within the city that will make customers satisfied and aware of the Moroccan north. Once was international territory, Tangier now is a commercial, agricultural, cultural and industrial city. It is famous for its important and free commercial port since 1962, and it is home to many factories, institutes, tourist facilities, and parks.

The old Medina of Tangier is an amazing place to wander through the labyrinths to find the Mausoleum of Ibn Battouta, who is a famous Moroccan explorer in the 14th century. The city is also famous for the American Legation, which is considered to be the first US institution outside the US lands. Today, the legation is named the Tangier American Institute for Moroccan Studies which holds a museum and a research library. Known as the gateway to Europe, Tangier locates between an ocean and sea. From Cap

Spartel, it is clear to see the Atlantic Ocean on the left and the Mediterranean Sea straight from Gibraltar on the right. Not too far from the lighthouse in the same place, there are the caves of Hercules, deep caves in which the waves of the sea break at every tide, and visitors enter it in the darkness that soon clears from the opening of light, a window under the mountain overlooking the waters of the Atlantic, drawing a map similar to the map of Africa, and entering the cave itself is a world of mystery. 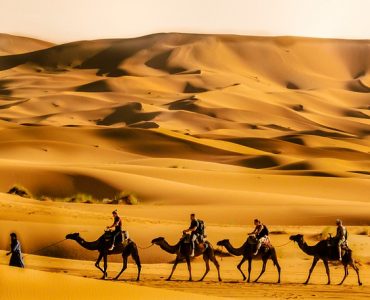 Tours starting from Tangier via the desert are the best trips to discover the real Morocco. Definitely, the 7 days tour is a good example to explore the main places in Morocco. 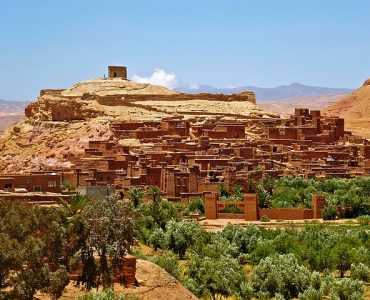 2 days tour from Tangier to Chaouen

2 days desert tour from Tangier is one of the main tours to discover the real Moroccan lifestyle. However, this tour offers you the chance to do the most wanted highlights. 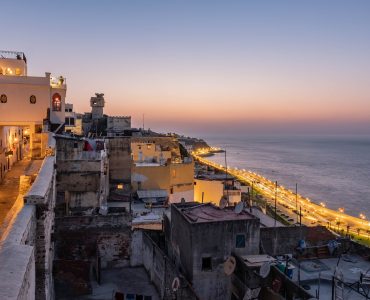 Clearly, the 9 days from Tangier tour is one of the longest trips that you could have. In general, it is the most chosen and beloved tour among the other tours starting from Tangier.

Above all, our Tangier tours offer you the chance to visit most of our imperial cities. In general, these cities are Fes, Rabat, Meknes, and Marrakech.

The main highlights that you will be experiencing are the beautiful views of the High and Middle Atlas Mountains.

Our  Tangier Desert tours from the economical capital of Morocco allow you to visit many unique places. Beautiful destinations such as Ait Ben-Haddou Kasbahs, the Berber fortress. Along with the Canyons of Toudra Gorges that reaches 300m height.

Definitely, the camel ride crossing the golden dunes is the most unforgettable lifetime experience that anyone can have. However, what makes it more perfect is a night in the desert camp under the starry sky with the Berber’s music. Moreover, Merzouga desert tour is a unique chance to explore the desert surroundings.

Without a doubt, Ouarzazate Studios are one of the highlights of our trips that you should not miss. In general, it is a place where they shoot movies and also rent the materials to that.

Probably, what makes us different is being the natives. Because in Morocco there are many secrets and reasons behind any truth that only the natives know about.

In general, our Tangier tours take you to the best and most interesting places in Morocco. starting from big cities to small villages.

Morocco has some of the best landmarks in the world. Tangier desert tours offer you a number of Landmarks to discover. However, Fes, Marrakech, Essaouira, Chefchaouen, the desert are some of the main that we will visit.

Our Tour guides and drivers are well experienced and Multi-lingual. However, they would be more than glad to serve you.