Highlights of 14 days tour from Casablanca:

The second day of our 14 days tour from Casablanca The trip begins with a tour of Casablanca. The visit includes Mohammad V square, an airy square built in 1916 amidst French colonial buildings, with a statue & fountain topped with doves.

The Hassan II mosque, designed by Michel Pinseau and built by Bouygues, was completed in 1993. The mosque is considered the second largest in Africa after the Great Mosque of Algiers and the 7th largest in the world. The mosque also has the second tallest minaret in the world at 210 metres. Travel on to Rabat to visit the UNESCO World Heritage site of Oudaya. Hassan Tower, the minaret of an unfinished mosque built by the third caliph of the Almohad caliphate in 1195.

We also visit the Mohammed V Mausoleum, which contains the tombs of the three kings Mohammed V, Hassan II and Prince Abdallah. We take the highway to the well-preserved 15th century city of Asilah. An artistic centre with ramparts and gates built by the Portuguese colonialists.

The town has much to see, such as the paintings that fill the whitewashed walls of the medina, the 15th century ramparts, the church of San Bartolome, the El Hamra tower. Etc. Continuation towards Tangier. Overnight stay in Tangier.

The third day of our Casablanca desert tour The tour starts with a 2 hour free time to visit the medina of Tangier, then the caves of Hercules & Cap Spartel. The final stop is Chefchaouen, the blue-washed buildings of its old town.

It is famous for its shady main square, Place Outa el Hammam, the red-walled Kasbah, a 15th century fortress and dungeon, the Ethnographic Museum and the nearby octagonal minaret. Free time and overnight in Chefchaouen

After breakfast, an official guide will accompany you to visit Morocco’s lost paradise, the Akshour waterfalls, a stunning oasis of turquoise waterfalls at the end of an easy 5.5km drive in the Rif mountains, near Chefchaouen. After an enjoyable day, free time and overnight in Chefchaouen.

The fifth day of our 14 days from Casablanca We travel to Fez and visit sites rich in history. The visit includes the excavated ancient city of Volubilis, which was also the ancient capital of the Mauretan kingdom, and the journey continues to Meknes, known for its imperial past, with remains and the beautiful Bab Mansour gate, famous for its arches and mosaic tiles. Overnight stay in Fez.

The tour allows you to explore historical sites such as the Madrasa El Bouinania (founded 1351-56 AD by Abu Inan Faris. It is widely regarded as a highlight of Marinid architecture and historical Moroccan architecture in general). El Quaraoiyin Mosque and University (according to UNESCO and Guinness World Records, the world’s oldest surviving institution of higher learning in continuous operation, and sometimes referred to by scholars as the world’s oldest university).

Our 14 days tour from Casablanca Early departure for the desert of Merzouga via Ifran, known for its alpine style architecture and nearby ski slopes and forests and its lion status.

The cedar forests are notable as the habitat of a sub-population of Barbary macaques. The commercial centre of a vast agricultural hinterland, Midelt, Errachida, the vast Ziz valley via its rocky passage and Erfoud. Sunset camel ride to a desert camp. Dinner, campfire, local music & overnight in your private tent.

Get up early to watch the spectacular sunrise, have breakfast, then camels take you back from the Berber camp. A 4×4 excursion for a full visit of the Erg Chebbi dunes and the highlighted sites in the desert. Traditional local lunch (Medfouna) and free time. Dinner and overnight in a hotel in Merzouga.

Get up early to admire the magical colours. Breakfast, then travel to Skoura town through Errissani, the ancient capital of Tafilalet (historically Sijilmasa, is a region and the largest oasis in Morocco).

The charming town of Tinghir is known for its magnificent palm grove and visit its famous series of limestone river gorges in the eastern part of the High Atlas. Boumalne Dades, where every scene could easily inspire an artistic masterpiece, is famous for the Todgha Gorge. Overnight in Boumalne Dades.

After breakfast, depart for Marrakech via Ouarzazate, where you will visit the Atlas Studio, where you can let your imagination run wild and discover the hidden stories of the film world.

We also visit the 17th-century Kasbah Ait Ben Haddou, considered a great example of Moroccan mud-brick architecture and a UNESCO World Heritage Site since 1987. Ait Ben Haddou is a historic site on the old caravan route between the desert and Marrakech.

The journey continues via the Tishka pass, reaching an altitude of 2260m. Free time and overnight in Marrakech.

An official guide will take you on a tour of Marrakech. The tour allows you to visit many landmarks such as the Bahia Palace (the name means “brilliance”, a set of beautiful gardens built in the late 19th century and intended to be a palace at the time).

The historic royal necropolis of the Saadian tombs, dating from the time of the Saadian dynasty. Koutoubia, the largest mosque. Jamaa El Fna, the central and market square. After the visit, transfer to Essaouira. Overnight stay in Essaouira.

Free day to explore the coastal winds of Essaouira or Taros in Berber. The town attracts many windsurfers between April and November. The town is also famous for its fortified medina and its art galleries and boutiques, or watch the fishing nets and traditional boats being built in the atmospheric harbour.

The town also has a lively cultural scene. Overnight in Essaouira.

We return to Marrakech in the early evening. Free time and overnight in Marrakech.

Transfer to Casablanca airport at the end of the tour.

Full trip experience in Morocco, we are a family of 3 people, we had an outsnading 14 days trip from Casablanca. We loved our day tour with Ali in Fes, we spent a night in Berber Merzouga tents. We went to Marrakech and Essaouira. The tour was well explained before we booked it, Rachid was responsive to all our questions. His driver Idir was very polite and could speak English, which we didn't expect. Thank you Morocco Tours.

Any Questions about 14 days tour from Casablanca?

In this trip, you will get to see lots of Landmarks like the Atlas-mountains, the Sahara desert and so many.

Choose your trip from our Casablanca desert tours. Our Morocco tours can be modified according to your needs. Therefore, feel free to contact us for any questions or customizations. 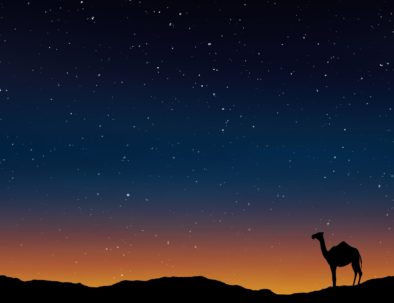 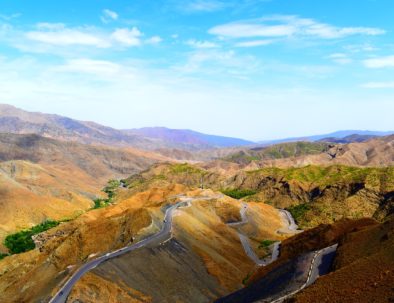