5 Days tour from Fes to Marrakech

Highlights of 5 Days tour from Fes to Marrakech :

Our 5 Days tour from Fes to MarrakechThe first day of the trip will start from Fes and ends in the Sahara Desert through a road full of wonderful stops. Departing Fes in the morning, we drive past the green town of Imouzzar Kandar and stop at Switzerland of Morocco, Ifrane city.

After that, we carry on driving to get to the Cedar Forest of Azrou, where we stop to see the jungle of the cedar trees and Barbary apes playing around. At lunchtime, we would be in Midelt city which is known for the festival of apple fruit held every year. Full of energy, we get back to the car and start a special drive over the High Atlas Mountains to reach Ziz Valley.

It is a totally green valley of palm trees which is the first producer of dates in the country. Enjoy this panoramic view and take some memorable photos.

After that, we drive past the Tafilalet villages until we start to see the giant sand dunes which is the signal that we have made it to the Sahara Desert. In Merzouga, we drop you in your hotel in the edges of Erg-Chebbi sand dunes where you can rest and enjoy your first sunset in the desert in a peaceful quiet atmosphere.

In the morning, we will embark in the 4×4 car and start bashing the dunes in an adventurous trip to the very far corners of the desert. The tour takes us along amazing views of the villages nearby and we stop at a village named “Khamlia” in which you will listen to Gnaoua music accompanied with a cup of tea.

Another village we are visiting is “M’Fis”, but this time is an abandoned village dating back to French colonization days in the area. Next to the village, we ascend a mountain to enjoy a panoramic view of the dunes and the flat desert as well as the valley beneath the mountain.

In the flat black desert next to the Algerian borders, there live the nomads of the desert whom we are visiting to have a break on their amazing tents. Afterwards, we stop the modern way of transportation and start the traditional one; camel trekking through the golden sand dunes as nomads to reach the camps. Once in the camp, don’t miss the fascinating sunset over the dunes

. After that, your dinner will be served in the camp followed by sitting around a campfire to sing and dance on the melodies of Berber drums music. Night is spent in your well-equipped tent in the middle of Sahara Desert.

The third day of the trip starts when we leave Merzouga and make our way to Dades Valley via various villages and agricultural lands. Not too far from the desert, we would stop at Rissani for a small tour in its huge market and end it with a picture of its great gate. Departing Rissani, we continue driving through the Berber villages and their fields all the way to Tinghir city.

The city is known for its green valley crossing it and massive mountains that surround it. 16km out of Tinghir, there is one of Morocco’s top touristic attractions; Todgha Gorges. It is a charming view of massive rocky walls reaching more than 400m height. It is a suitable place for hikers, climbers and photography lovers.

After lunch, we continue the way towards Dades Valley where we stop for today and drop you in your hotel.

After breakfast, we leave Dades Valley on a scenic drive to “Kelaat M’Gouna”, where we stop to see the local cooperatives working on the roses to produce various products such as cosmetics.

Driving through the way of thousand Kasbah will drop us in Skoura which is a town known for its palm grove and many kasbahs, some are ruines and some are restored.

One of the most famous Kasbahs in this town and the country is Amridil Kasbah; this 17th Kasbah is owned by a family which is still living in one part of the Kasbah, and the other part is serving as a museum. The next and the last stop of the day is Ouarzazate city.

Often called “Hollywood of Africa”, this city is home for actors during their filming. Thanks to its appropriate environment, worldwide film-makers choose this city to be part of their movies including; Gladiator, Kingdom of Heaven and Game of Thrones.

For this reason, we visit our visit to this city will include the Atlas Film Studios where your eyes can pick up and remember a scene of a movie you have watched before due to plenty of cinematic equipment film sets in the studio. Also, we are visiting “Taourirt Kasbah” which is massive building distinguished by its traditional architecture.

Finally, we drop you at your hotel or riad where you have lunch and overnight.

The fifth day of the trip starts from Ouarzazate and Ait Benhaddou Kasbah crossing the High Atlas Mountains and ends in the red city of Marrakech.

The first stop in Ait Benhaddou Kasbah takes us to cross a stream to reach the impressive building.

This Kasbah is the most famous in the country and was registered as a UNESCO World Heritage Site since 1987. Its medieval ambience made it an iconic filming location as it has attracted numerous scenes from films that have been filmed in it including: Lawrence of Arabia, Prison Break and the Mummy. The Kasbah really feels like you have instantly stepped back in time.

After a panoramic view over the Kasbah and a delicious lunch, we start a scenic drive through the High Atlas Mountains. On the way, we’ll see many Berber villages along the way and stop at a mountain pass known as Tizi N’Tishka at an altitude of 2260m above the sea level; It offers magnificent views of valleys and mountains.

In the evening, we will make to Marrakech in which we will drop you at your hotel or riad where the tour ends.

5 Days tour from Fes to Marrakech includes and excludes:

The trip with Rachid was fun. A great change from Fez to Marrakech and bustle in the city. Riding the camel could have been saved.

I do not think this is generally appropriate, but everyone has to decide for himself whether he wants to do this to the animals. The hike is not suitable for sandals. The landscape is definitely worth seeing.

Any Questions about 5 Days tour from Fes to Marrakech? 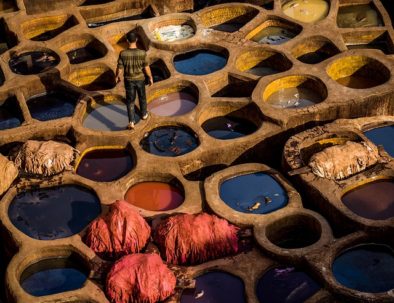 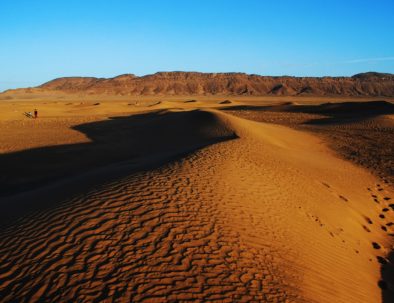